In the last four and a half years I have found (at least) ten reasons to love Cambodia. Coming from Paris, on September 29, 2016 I landed in Phnom Penh to settle there.

This article can be read in French by clicking here

Here are my ten reasons to love Cambodia that, dear reader, you may or may not agree with. This is just my experience and my perception. And you can give yours in the window below “leave a reply”.

Cambodia is nicknamed the country of smiles. This is a proven fact because the vast majority of Khmers, Cambodians do smile. Relations with neighbors, with shop owners, with people in the street are made very pleasant. So much more than in other countries that I will not name. 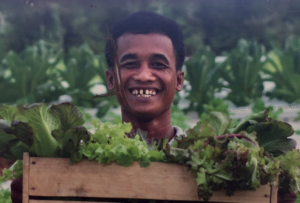 Never has a sales person, a shop owner, a waitress/waiter, a worker intervening for repairs in my apartment swindle me of one Riel (actially 100 Riel, the minimum unit). On the contrary, it still happens to me that in a store one reports an overpayment and calls me back to return the extra money I gave.

There are just some tuk-tuk drivers out there who try to charge more than the fare is actually worth. But with applications (Passapp, Grab…) the price is known on your smartphone at the time of ordering or else, I announce in advance how much I will pay. This way, no confusion.

Khmer is generally polite. To say hello he greets with respect (hands joined) and pronounces the appropriate words “chum reap sour”. These are the first words parents and grandparents teach newborns. Some are more familiar and, speaking to me, give me a “hello brother!” » with or without a hand sign. To which I always respond with the appropriate, polite phrase and gesture. 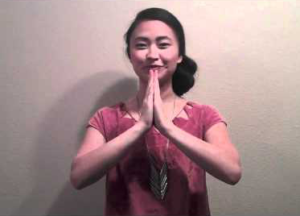 I hear “arkun” (thank you) and “arkun chran” (thank you very much) at the end of almost every sentence, whether talking to each other or to strangers. And a strong and repeated thank you every time a waitress or a waiter brings a dish or a drink into a restaurant, when you tip. “Arkun” must be the most used word in the Khmer language.

The Khmer is resourceful. Even if there isn’t an available spare part to fix your faucet, your motorcycle, your smartphone that doesn’t mean he will not get something. He has a solution for everything. On the other hand, you shouldn’t be too cautious about the finishing; he does what is necessary to make it work and does not bother with the superfluous. The matter is that it works. 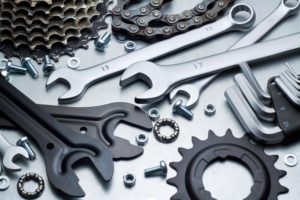 (Too) often I hear foreigners complaining that the Khmer is lazy. Some perhaps, but most are brave, doing arduous jobs, in 32 ° C in the shade under a blazing sun or in factories without air conditioning. In the West, machines and robots do the job. In poorly equipped restaurants, the workforce does everything by hand, from shopping at the market to the plate served to the customer.

When you call a plumber for a benign, and therefore low-paying repair, he comes for that handful of dollars. The only problem is that you should not be too demanding about the time of the meeting because the Khmer does not have a Swiss clock in his brain. Even if he has one on his wrist.

As the standard of living is low for the vast majority of the population, so are the prices. Everyone can have his or her meal with simple and inexpensive food. This is a huge benefit for foreign residents and retirees. A meal that would cost around 40 Euros in France is around fifteen US dollars. Nothing is expensive in Cambodia except the notorious exception of cars and luxury goods. 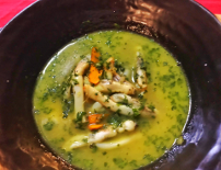 It is easy to start a business in Cambodia, the paperwork being quite light compared to so many other countries. You can open a shop in 2 or 3 days. But you can’t buy it as a foreigner unless you have a Khmer partner who will hold the majority.

Due to economic globalization, the weight of the state is becoming a little more present every day (for example, VAT but at a single rate of 10%, compulsory work permit for foreigners) but this is not yet too much of a burden. For the time being. The renewal of my retiree visa (ER) has always been done “normally” without being asked for any paperwork or supporting documents. It must be said that I have never been arrested by the police for provoking a fight in a bar…

Cambodia has experienced painful and very complicated decades even after the end of the murderous Khmer Rouge regime’s for 3 years, 8 months and 20 days. Today the country has regained peace and is very calm. The regime of Prime Minister Samdech Techo Hun Sen (in power between 1985 and 1993, then since 1998 i.e. 23 years) is muscular, of course, but simultaneously very liberal. We must not criticize the government too much and, above all, do not blaspheme King Norodom Sihamoni as some have allowed themselves to do so, orally or on Facebook, and have paid the price. 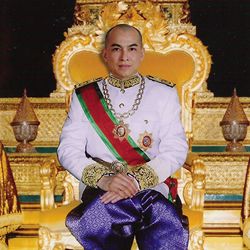 The Covid-19 is very well managed (total = 391 cases, 371 cured, O dead. Source: Worldometer as of January 10, 2021). Systematic tests at the airport and mandatory quarantine upon all arrivals, preventive security rules are applied, without curfew, or state of emergency, or fine for those who don’t wear a mask. It costs 135 Euros in France!!! Just repeated recommendations and punctual restrictions on the opening and closing of properties that are likely to attract a lot of people. Better managed than in a lot of so-called democratic countries… In terms of Covid management, Cambodia ranks #1 in the world.

Very little police presence in the streets, no demonstration, or else sporadically and very occasionally in front of a particular factory. No more violence, or rather less than in many Western cities. In short, life is calm and life is good in Cambodia.

A softer subject and not very original: the Khmers love music and singing. A lot of people sing or listen to music in their homes; it’s soothing. On weekends, in villages, it is not uncommon to see a big sound system packed with lots of watts installed in the courtyard of their house and cranking up the volume. 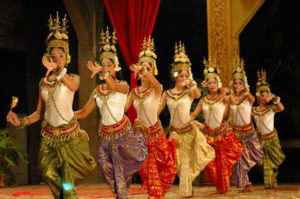 In Phnom Penh there are small and huge karaoke (KTV), the latter being closed due to Covid. As for dancing, you just have to go and see the famous ballets performed by the equally famous Apsara Royal Ballet (a legend) at the National Museum of Phnom Penh to be convinced of the Khmers’ taste for dance.

Of course, Cambodia must be visited. Subtropical climate because it is closer to the Equator than to the Tropic of Cancer, hot and humid, except from December to February, with a great variety of landscapes from north to south even though it is a small country.

In Phnom Penh, a large city that is rapidly modernizing itself, we are amazed by these extraordinary contrasts between the pagodas, the old or colonial architecture and the glass and steel towers. 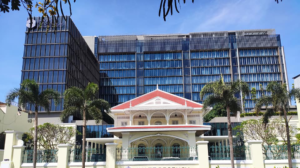 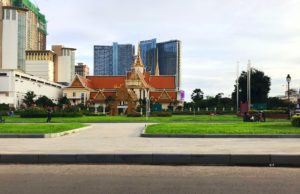 Unique on the planet, the famous site of Angkor which, by itself, justifies visiting the country and, less known, the Tonle Sap lake which fills and empties according to the seasons depending on the water level of the Mekong, the richest river for fish species in the world, the second in flow, after the Amazon, in rainy season and which is not far from a kilometer wide at its confluence with the “Tonle Sap river” in Phnom Penh. It’s good to take a boat and have a drink there to admire the peaceful sunset. 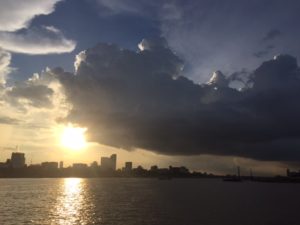 I have been living in Phnom Penh for exactly 1,562 days and, for these ten reasons to love Cambodia and more, I have never regretted my decision.